3 unique ways to live on a paradise island

All city-dwellers dream of abandoning our smog filled lives and moving to somewhere remote, idyllic and beautiful. Although the idea of moving to a far-flung island often seems just that – far-flung, moving to your very own luxury island is far easier than you think.

From investment programmes, to some rather odd jobs, here’s three of the most interesting and unique ways to start a new life in paradise.

Buy your very own paradise island

It may seem like the realms of oligarchs and the rich and famous, but there’s actually many private islands available to buy all around the globe. In fact, you can now buy your own Caribbean island with a click of a button through eBay. The bidding for a luxury island off the coast of Belize started at a mere £400,000, less than the average house price in London.

On the island you’ll find two wooden properties, a small cabin in between the mangroves, a water collection system, solar system and back-up generator. But if you don’t like the sun, rum and fun of the Caribbean, there’s other alternatives available through a site called Private Islands Online. There’s even islands available for less than $500,000.

Of course, some luxury islands aren’t so cheap. For example, Pumpkin Key, a private island off the coast of Miami, is currently up for grabs for an astonishing $125 million. 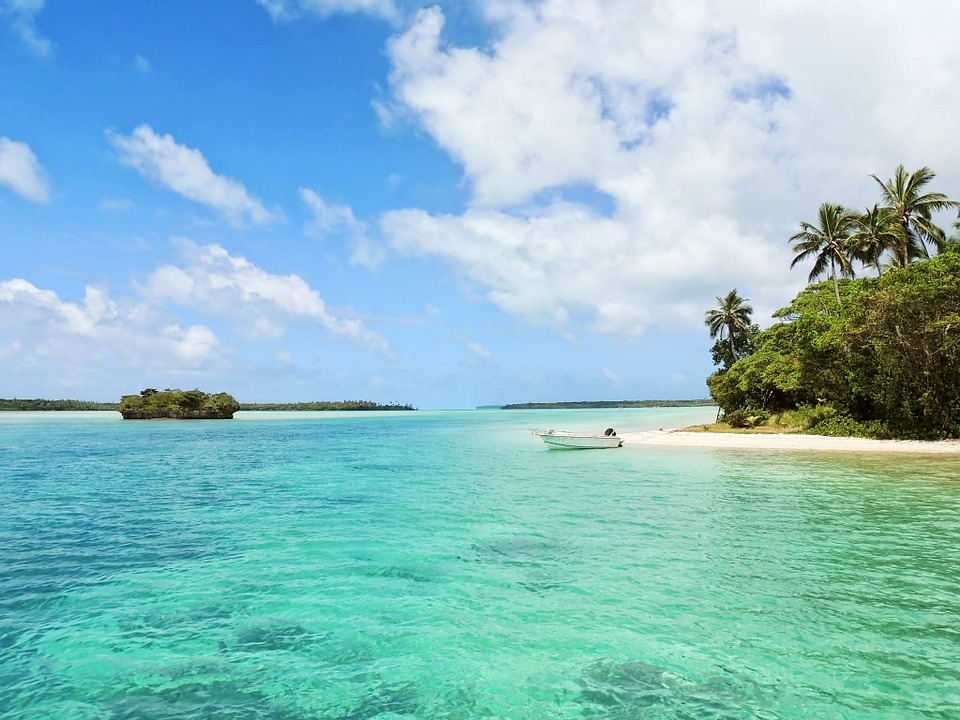 If you don’t mind sharing your dream island, and want to make a charitable contribution to the local economy, many small islands in the Caribbean are attracting foreign nationals through economic citizenship programmes.

For example, the Dominica economic citizenship programme offers residency based on a contribution of $100,000 into the local economy. As long as you don’t mind sharing this paradise island with around 72,000 friendly locals, this may well be the perfect option for you.

You’ll also help the local economy, citizenship by investment is the main source of foreign direct investment into the country and, after Tropical Storm Erika ravaged the country in 2015, investment programmes were described as a lifeline by Vince Henderson, Dominica’s representative to the United Nations.

Again, if the Caribbean really isn’t for you, similar programmes are available elsewhere in countries such as Cyprus and Malta.

A growing trend is seeing more and more wanderlusters take up caretaker jobs on remote islands, a means of satisfying their desire to travel to far-flung corners of the world. For example, the world’s most remote island, Tristan da Cunha, was looking hire an Agriculture Advisor last year.

The island, located 1,500 miles from South Africa and 2,000 miles from South America is home to 300 people, 300 cattle and 500 sheep. If a lack of WiFi doesn’t faze you and you’re happy to forgo your morning caramel macchiato, perhaps you ought to get in touch with Tristan da Cunha’s employment office.

If the world’s most isolated island is slightly too remote for you, there are islands far closer to home that feel somewhat cut off from civilisation. The National Trust is currently looking for someone to look after wildlife on the Farne Islands. If sipping cocktails on a sunny beach is what you had in mind, this job won’t be for you. The Farne Islands ranger will be, among other tasks, responsible for counting the seal pups on the island, which lies off the Northumberland coast.

Gwen Potter, National Trust countryside manager for the Northumberland Coast, said: “This job isn’t the normal nine to five. Being good with PowerPoint isn’t a priority. We’re looking for someone with a passion for wildlife and conservation – and who wants to share that passion with others.” You’ll even have the island all to yourself, aside from the vast array of wildlife and the 50,000 visitors that descend on this North Sea beauty spot every year.