Europe might not run on island time, but you can certainly kick back and relax when you visit even the most bustling of European cities. Whether you’re chilling in a hip Euro coffee bar or flipping through a magazine overlooking the crashing waves, these European destinations are the epitome of chilling out. 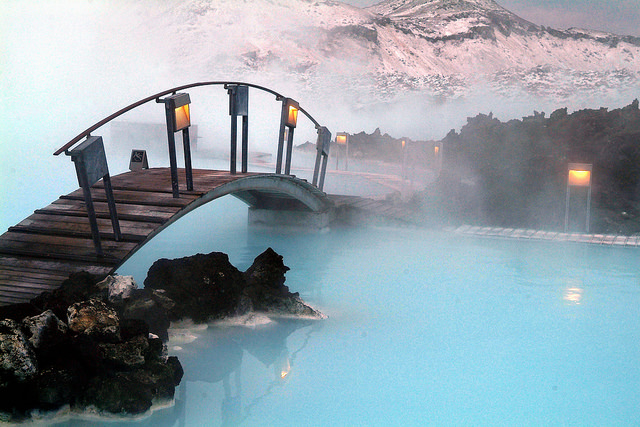 Named one of the best places for relaxing solo travel, it’s safe and filled with friendly faces. With everything in a relatively small radius, you can easily tour the city from the seat of a bicycle. Pedal from the Van Gogh Museum to a slew of local bars where you can indulge in a frosty Dutch pint. When you’re tired, perch on a public bench with a cup of coffee and just enjoy the laid back vibe of the Amsterdam people.

You’ll feel like you’ve stepped right into a movie when you visit Capri. It’s extremely popular with both Italians and international tourists. The limestone island is famous for its art and stunning views of the richly colored Mediterranean waters. Rent a charter boat to see the infamous Blue Grotto, a sea cave with a perfect ice-blue reflection that sets the cave alight. You’ll then float serenely across one of Capri’s numerous bays with water so clear you can see to the sandy bottom.

Framed by snowcapped mountains and lava fields, the Blue Lagoon is a geothermal spa that’s so richly blue it’s considered one of the natural wonders of the world. The water is opaque, lending it a vaguely cocktail-esque appearance. Wade over to one of the many waterside bars and a variety of spa treatments, including the popular mud facials. It is the most popular hot lagoon in Iceland, so if you don’t find mingling particularly relaxing, head over to the Secret Lagoon, still unspoiled by humans due to its remote location. Sink into the waters after dark and if you’re lucky, you’ll be dazzled by the Aurora Borealis.

Part of the magic of Europe is its uncanny ability to be easy going no matter how big the city is. From quiet Italian islands to historic European cities, you’re sure to find a quiet, peace-filled weekend no matter where you go.