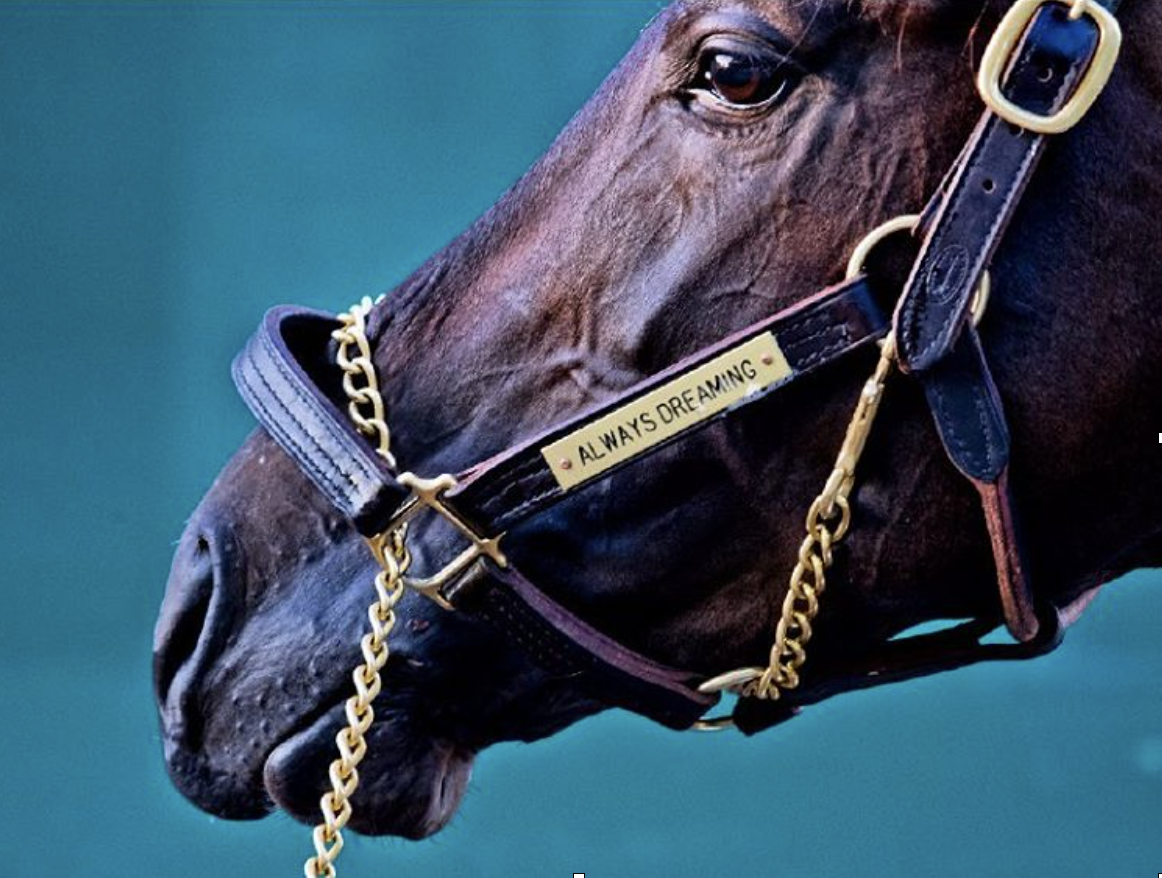 Everything You Need to Know About Always Dreaming

The 143rd Kentucky Derby is now in the history books. Always Dreaming, who made his stake debut in the Florida Derby less than five weeks earlier, was crowned the winner. The three-year-old completed the 1.25-mile track in just 2:03.59 to defeat Lookin at Lee by two and three-quarters lengths.

With the next leg of the 2017 Triple Crown just around the corner, is Always Dreaming a smart bet for the Preakness Stakes coming up in Maryland on Saturday?

Always Dreaming did not post a win in two juvenile starts held in the summer, but this didn’t prevent him successful placement in his next three races. He won by just 11 and one-half lengths on January 25, 2017 at Tampa Bay Downs along with the Florida Derby in early April. He had no problem with the upgrade in class and achieved a five-length victory over both Gunnevera and State of Honor.

Both the jockey and the trainer of Always Dreaming have previous Kentucky Derby wins to their credit. His jockey, John Velasquez, rode Animal Kingdom for the win in 2011. He accomplished this despite having only several days to work with the horse before the big race due to an injury to his previous jockey. Todd Pletcher, the trainer of Always Dreaming, won the Kentucky Derby in 2010 with a horse named Super Saver.

Always Dreaming was purchased as a yearling for $350,000 in 2015. He normally races at or near speed, which made his owners see his potential for doing well in a 1.25-mile race.

It’s easy to understand Always Dreaming’s dominance on the racetrack when considering who sired him. His father, Bodemeister, beat Secret Circle by a full 10 lengths in the GI Arkansas Derby, one of the qualifiers for the Kentucky Derby. He was runner-up at the 2012 Triple Crown and came in second by only a neck length at Preakness. Sadly, nerve damage in his shoulder forced Bodemeister to retire after only six starts. This was especially disappointing considering his popularity from having come from eight lines of La Troienne. His female family line was even stronger than his male line.

Todd Pletcher, who turns 50 this summer, has been immersed in the world of horse racing for a long time. His father, Jake Pletcher, trained thoroughbreds and quarter horses and Todd served as a hot walker starting at age seven. By high school, he worked for his father as a groom during summer vacations. He also worked as a hot walker for Henry Moreno during this time. While on summer break from college, he worked as a groom for Charlie Whittingham, a Hall of Fame trainer.

After graduating with a Bachelor of Animal Science in 1989, Todd began work as a foreman for D. Wayne Lukas. He was eventually promoted to assistant trainer. Todd received his trainer’s license in late 1995 and rode his first winning horse, Majestic Number, just two months later.