For small islands that are dependent on eco-tourism, there is not only a moral imperative to achieve sustainability, but an economical one too. In recent years, one small Caribbean nation has been at the forefront of marine sustainability: Grenada.

In recent years, Grenada’s government has prioritised the environment by investing in a number of national parks and protected areas, preventing the destruction of rainforests and conserving the island nation’s rare and exotic wildlife. It forms part of a mandate to stimulate the economic growth and sustainable development of Grenada.

Now, a new variety of initiatives are focused largely on improving the sustainability of Grenada’s waters. It marks a transition from the traditional concept of a ‘green economy’ to a ‘blue economy.’ As a spokesperson for the World Bank report put it: “Grenada has established itself as the first country in the Eastern Caribbean to develop a vision for blue growth as the way forward for the country’s future.” 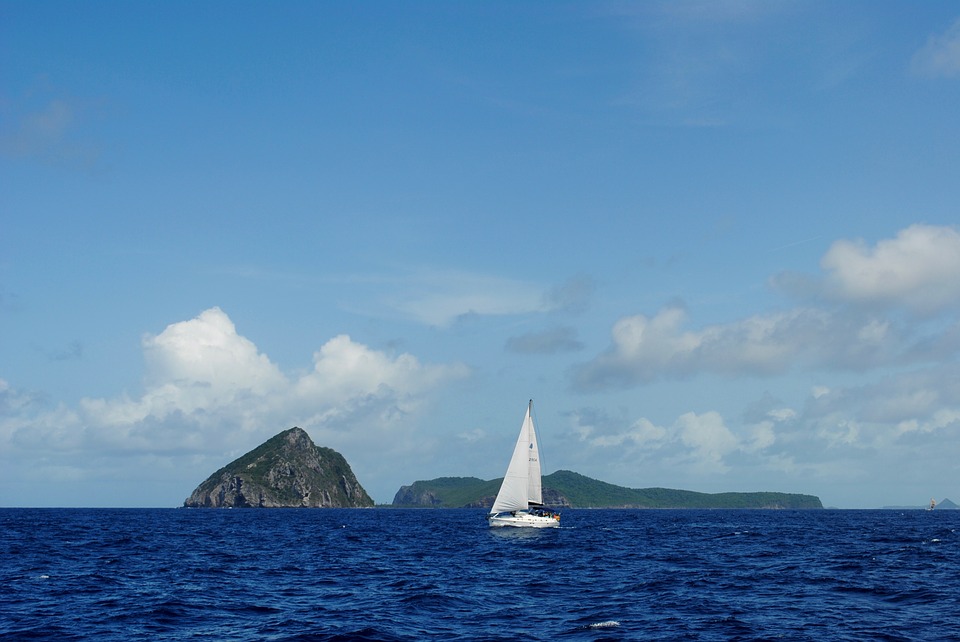 The Grenada Sustainable Aquaculture (GSA) project launched in March 2017 to provide an opportunity for sustainable shrimp farming in Grenada. Working in tandem with the Government’s Ministry of Agriculture, Forestry and Fisheries, the GSA is constructing a Recirculating Aquaculture System that will enable the responsible farming of shrimp without use of antibiotics or chemicals, and looks to diversify into other species in the future.

There’s also much to be said for the wider sustainability of the project. A strategic decision was made to locate the project in Northern Grenada, which has the island’s highest unemployment rate, hoping to bring and sustain more long term employment possibilities for local residents. The venture is also designed to be a profitable business and grow investor wealth without ongoing infusions of capital.

Projects like the GSA are supported and funded by the Grenada Citizenship by Investment Programme, an economic citizenship option which allows foreigners to obtain Grenadian citizenship by making a contribution to the island’s economy via its National Transformation Fund (NTF) or by investment in a Government-approved project. Other projects supported by the NTF include tourism, youth empowerment and green energy initiatives.

One project being supported by such funds is the preservation of Grenada’s coral reefs. Coral is hugely important to marine biodiversity, and though it constitutes just 0.2% of our oceans, reefs are home to 25% of all fish species. A 2014 study reported some extreme vulnerabilities in Grenada’s barrier reef, including the Grand Anse on mainland Grenada and the Windward community on the sister island of Carriacou.

To combat this, Grenada is investing in coral nurseries, where live coral is harvested from healthy colonies and grown in a monitored environment. Once matured, the coral is hand-planted onto an existing reef structure. Scientists have also introduced biorock technology to Grenada, which involves installing an electrically conductive frame on the seabed to initiate the natural formation of mineral crystals, or biorocks, that support coral and other marine populations.

Another move to preserve marine biodiversity involves efforts to manage Grenada’s lionfish population. Having been released into Florida waters two decades ago, the species has become a destructive force in the Caribbean. Having no natural predators, a single lionfish can reduce native marine diversity by 80 to 90% in as little as 5 weeks.

A Grenada Lionfish: Save Our Reefs campaign aims to raise awareness of the damage caused by lionfish. Lionfish have also become a popular delicacy in Grenada’s restaurants, and the phrase “eat em to beat em” has caught on. The study of and fight against Grenada’s lionfish population has won investment and attracted researchers from all around the world, making the nation a key marine research hub.

The World Bank recently released a report, ‘Toward a Blue Economy: A Promise for Sustainable Growth in the Caribbean,’ examining the transition to a blue economy. The report explained that the goal of applying the blue economy concept as a lens is to emphasize the connection between the ocean’s ecological systems and the human activity that takes place therein.

This ‘human activity’ refers largely to the marine tourism potential of island nations like Grenada. What this means is that while preserving Grenada’s nature is incredibly important to the environment, it’s also crucial to the economic growth of the nation. Grenada is largely dependent on tourism, with almost half a million foreign tourists in 2015 and a further 10.3% increase on that in the first six months of 2016.

Visitors to the island are largely attracted by the jungle and marine wildlife that thrives there, and popular holidaymaker activities include snorkelling and scuba diving. Combing the need to preserve ocean ecosystems with ‘human activity’ is Dive Grenada, a scuba diving company working in collaboration with the Fisheries Division of Grenada to construct an artificial reef to support the ecosystem. Another attraction is the Underwater Sculpture Park in Molinère Bay, the first of its kind in the world, which doubles as an artificial reef to support marine life.

Grenada’s transition to a blue economy, then, has brought considerable achievements both in terms of environmental and economic sustainability.