The three best ecotourism hotspots to visit in 2017

Ecotourism is the fastest growing sector of the global hospitality industry, expanding by between 20% and 34% every year. A survey by Condé Nast Traveller showed that 93% of tourists thought that travel companies should make efforts to protect the environment, and 58% said that they give preference to accommodation that supports the local community.

The rise of sustainable tourism and eco-boutique hotels is making it easier for travellers to make more environmentally-friendly choices than ever before. Vienna’s Hotel Stadthalle became the world’s first CO2-neutral city hotel when it opened in 2008, and sustainability banks have entered the market to support further ecotourism initiatives.

So with this rapid growth, where are the best ecotourism hotspots to visit in 2017?

The Caribbean island of Grenada offers lush, unspoiled landscapes and a truly dynamic destination for any nature lover. The island boasts more than 150 species of birds, including the broad-winged hawk and Antillean crested hummingbird. Off shore, the island has a vibrant underwater ecosystem complete with coral reefs and huge populations of tropical fish and other marine life.

In recent years, the Grenadian government has shown a great concern for the environment by investing in a number of national parks and protected areas, preventing the destruction of rainforests and preserving the island’s exotic animal life. Grenada’s Prime Minister, Keith Mitchell, told Belong magazine that the country was dedicated todeveloping energy conservation and renewable energy systems; expanding its tourism and ecotourism industries while still safeguarding its unique natural resources.

In Grenada, the massive and rapid growth of the ecotourism sector owes much to a government initiative to attract foreign investment in the island’s economy. The Grenada Citizenship by Investment (CBI) programme is an economic citizenship option that encourages applicants to make a donation to the island’s National Transformation Fund or to invest in real estate.

Those making a permanent move to the island are asked to make a worthwhile contribution to the island’s sustainable future. Projects supported by the National Transformation Fund include tourism, sustainable agriculture and green energy initiatives. 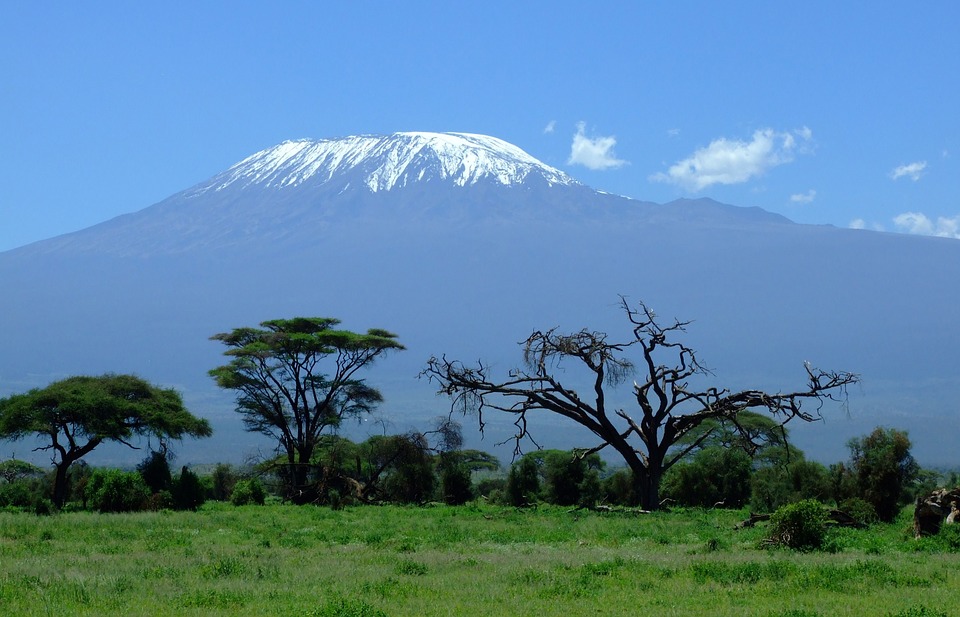 Enjoy an intimate experience with nature in Kenya

Kenya is traversed by the dramatic Great Rift Valley, its landscape rising from the savannah and lakelands of the low coastal plain to the volcanic mountain plateaus at it’s centre. The country’s famous Maasai Mara Reserve is renowned for its annual wildebeest migrations, and boasts great biodiversity of animals including the elusive big five.

Having lost a great deal of animals to illegal poaching, organisations within Kenya have made an investment for the future by encouraging travellers to respect the ecosystem. The Kenya Association of Tour Operators encourages responsible practices, like preserving ecosystems and avoiding doing damage to habitats. That imperative has been parallelled by the rapid growth of the island’s ecotourism industry.

Ecotourism in Kenya, in partnership with The Kenya Wildlife Service, also helps minimise human-animal conflicts over territory and natural resources, in an effort to promote increased conservation efforts.

Ecotourism Kenya is a dedicated organisation working to bring communities together through tourism and conservation. They have supported investment in several eco-friendly lodges that use sustainable energy sources and conserve water. An example is Koija Starbeds in the Laikipia region, owned by the Koija community in partnership with the African Wildlife Federation and private enterprise.

Elsewhere, community investment in ecotourism includes the Il Ngwesi Group Ranch, which is owned by the local Maasai people. The accommodation was built using local and sustainably sourced materials, and a large percentage of the profits are reinvested in other projects aimed to promote increased self-reliance for local communities.

Be at one with the landscape in Norway

Norway’s glaciers, mountains and waterfalls all embody a raw, sublime power, natural phenomena parried only by the tranquility of the glistening northern lights and serene fjords. Its majestic wildlife is among the most varied on the planet, among which are whales, moose, lynx and Svalbard polar bears.

Norway is committed to protecting its flora, fauna and natural landscape. Its Ministry of Climate and Environment strives to protect biodiversity, and the government ensures that fishing, hunting and drilling for oil are heavily regulated. Ecotourism projects are supported greatly by the nation’s official tourist board, which operates under the slogan ‘take only pictures and keep only memories’. It features a directory of certified sustainable destinations and resorts, where the negative impact of tourism is kept to a minimum.

The culture of striving to live sustainably has significantly influenced Norway’s travel industry, especially in the Norwegian Fjords. Under guidance of the Global Sustainable Tourism Council, they have developed a regional white book detailing criteria for sustainable investment within the travel industry to develop the region as a leading destination with a focus on sustainability.

Norway is now a world leader in green energy initiatives. Hydroelectric and wind power are among the strategies being embraced by public and private initiatives alike, the former accounting for more than 90% of the nation’s electricity production. In 2016, the government also announced three carbon capture and storage projects, aimed at reversing some of the environmental damage done by previous decades of fossil fuel dependency.