Barcelona is one of the world’s leading tourist destinations because of its cultural diversity, heritage, and atmosphere. Everyone should pay a visit to the heart of Catalonia at some point, for it is home to some absolutely incredible sights and experiences. Here are a few places that are not to be missed on your next trip to Ciudad Condal. 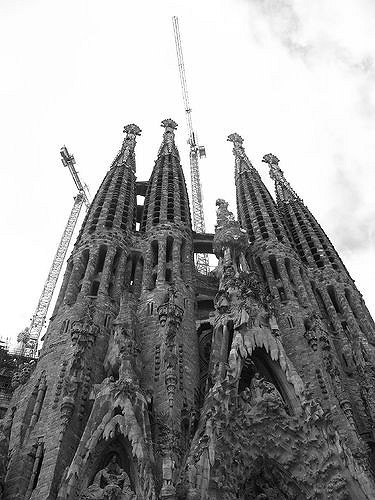 Basilica of the Sagrada Familia

This Roman Catholic Church is an outstanding feat of architectural beauty, designed by Antoni Gaudi. It is a UNESCO World Heritage Site, and is considered by Paul Goldberger as “the most extraordinary personal interpretation of Gothic architecture since the middle ages”. For anyone with a remote interest in art, this is a must-see location. It is huge, but there is an immaculate attention to detail. Exploring the outside regions is free, but visitors will have to pay to get a tour around the interior. This is not too expensive, and worth every penny. It is wise to buy tickets online beforehand, to avoid the throngs of tourists queueing at the actual church. This is a large site, and to make the most of it, it is advisable to spend at least two hours there.

Another incredible building, but for an entirely different religion, the Camp Nou is the home of Barcelona football club. Barcelona are currently the greatest team in the world, having won the Champions League last year, so it is fitting that their stadium is one of the most epic sports arenas in the world. This 98,000 capacity stadium has been home to some of the greatest footballers the world has ever seen, including the current world best, Lionel Messi.

The tickets to this world-renowned stadium are not too expensive, and for football fans a visit is a requirement. Barcelona are currently storming their way to another La Liga title, and the form of some of their key players, including Andres Iniesta and Gerard Pique, is why Spain are at odds of 5/1 in the international football betting to win Euro 2016 and retain their European title. To watch these amazing players ply their trade in such a lively atmosphere is an experience that you will never forget.

After a visit to one of the greatest stadiums in Europe, a good place to wind down and experience a different side to Spanish culture is in one of the greatest concert halls in Europe. The English translation is the Palace of Catalan Music, and the building is another World Heritage Site attended by over half a million people each year. Tours are available to those that just want to examine the unique and breath-taking architecture, but to enjoy the full and rich experience of the place, it is best attended during one of the many concerts held throughout the year, that include World Premieres of musical compositions.

These are three essential places to visit on a trip to Barcelona, but there is so much more to see as well. To really get the full experience you should allow at least a week, and plan your tours well in advance.