Three laptops for the busy globetrotter

If you travel a lot and need to lug a computer around for work and play, you may have encountered a problem that many others have struggled with. Powerful full-sized laptops are too cumbersome to travel with, while thin, light tablets aren’t powerful enough for modern-day computing tasks.

MacBook computers are a popular option for those who travel often and need a capable machine. Apple’s range of sleek laptops have served the traveling professional well, but it’s 2019, there are some enticing alternatives out there. So, you need a thin, light, and powerful computer? Read on; I have picked three of my favorite laptops for the busy globetrotter.

Dell is a mainstay in the computer world, and its “pro “ line of XPS laptops are a familiar sight amongst travelers who need to get some serious work done. The XPS range is epitomized by power and portability, and the 13 is the smallest and lightest of the bunch. With a screen size of 13″ and weighing in at insignificant 1.2kgs, this little computer can easily accompany you all across this great blue globe.

Just because its small and light don’t mean it can’t pack a punch. The XPS 13 can be configured on purchase and offers a choice of intel’s 8th generation i5 or i7 processors. With healthy servings of RAM and super-fast SSD for storage, this gorgeous little computer will handle everything you throw at it. 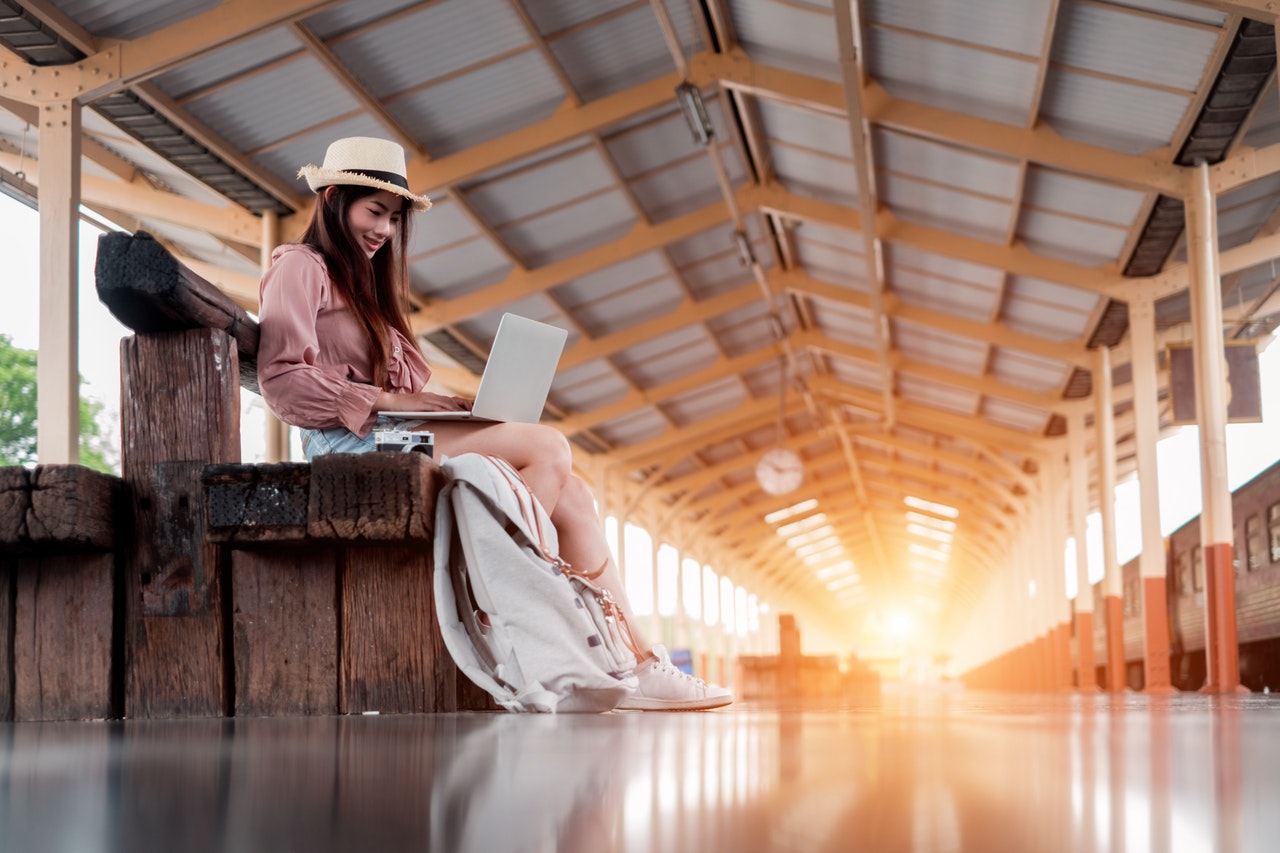 Don’t be fooled by the aggressive name; this sleek little computer is every part as “ultrabook” as its competitors. Razer is a staple in the gaming community and is known for its gaming peripherals and blistering gaming PC’s. Despite its gaming pedigree, this small laptop is geared towards the globetrotter who needs some grunt.

Packed with an 8th generation i7 and 16 gigabytes of super speedy RAM, the Blade Stealth offers faster performance than the majority of its rivals. The stealth is let down slightly by lack of 4k screen, and its aesthetics aren’t for everybody, but if you are after a tiny little computer that will eat complex tasks for breakfast, the Blade Stealth is a deserving option… just don’t expect a gaming laptop!

An icon in the range of MacBook computers, the Apple MacBook Air is looking a little long in the tooth in 2019, but it still has plenty to give. When these computers first debuted, they took the world by storm, offering a sleek and durable unibody aluminum housing as well as a keyboard that many typists and writers swear by.

While they might not be able to match the might of the XPS or the Blade Stealth, the MacBook air will still handle most tasks asked of it. Light and durable, the body is a real boon for travelers, and it can really take a punishment. My Air has been all around the world with and survived some knocks and falls that would obliterate a normal laptop.

The most appealing aspect of a MacBook Air is the price, with some configurations well under half the price of models I have listed above. If you don’t need blistering power but prefer value, portability, and durability instead, I can wholeheartedly recommend one of these fantastic little computers.

If you find yourself in plane seats more than office chairs, you are not alone. Finding the right computer can be the difference between productive travel and wishing you stayed home. With crisp, bright screens, powerful hardware, and beautiful sleek bodies, the three laptops I have listed above could be the perfect choice for you.