Why Dubai has become an art capital

Fifty years ago, Dubai was little more than a fishing village reliant on pearl diving and re-exports. It seemed an unlikely art capital, but the discovery of oil in the 1960s sparked a transformation that would see the tiny Arab settlement evolve into an ultra-modern metropolis.

In the last decade, international conglomerates and wealthy businessmen have flocked to the city in search of riches. It has become the playground of the rich and famous, many of whom have used art to invest their money in Dubai. The city has consequently enjoyed something of a cultural renaissance, with critic Jonathan Jones describing its art scene as one of the most radical and interesting in the world.

The progression is largely a result of Dubai Culture, a state institution that opened its doors in 2008 with the intent to “establish Dubai as a vibrant, global metropolis that shapes culture and arts in the Arab region and around the world.”

Its input has created a platform for art in the United Arab Emirates to skyrocket. In 2014, a Dubai auction held by Christie’s raised more than $10.6 million with many of the 140 auctioned artworks selling for well over their estimated value. One piece by Egyptian artist Abdul Hadi El-Gazzar sold for more than $1 million, almost ten times its estimated value. 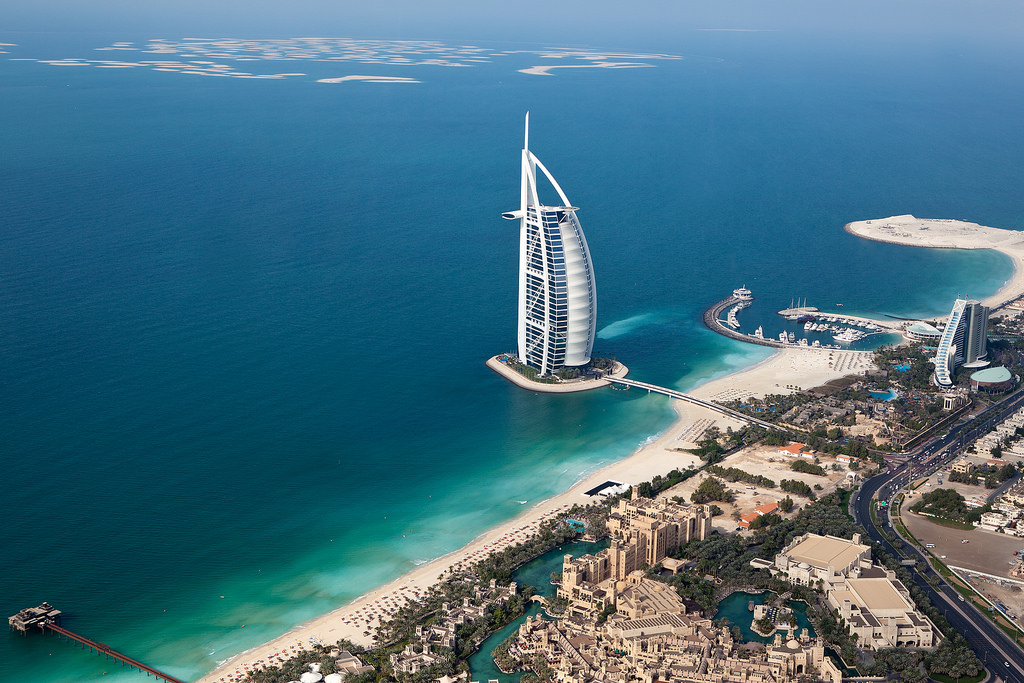 Artists are flocking to Dubai to find new inspiration

Dubai is actively encouraging “hipster-type” creatives to move to the city. Opened in 2015, The Dubai Designer District, or d3, is a creative zone that is meant to rival New York’s Meatpacking District or Shoreditch in east London.

At least for now, the strategy seems to work. Spanish street artist Ruben Sanchez moved to the city two years ago and was recently commissioned to work on a wall of the Jumeirah Lake Towers. In keeping with Dubai Culture’s intention of encouraging cultural diversity, Sanchez vibrantly fuses Arab imagery with a cubist style similar to that of the great Pablo Picasso.

Indian multimedia artist Owais Husain has been a resident of Dubai since 2006. Husain has said that since arriving in the UAE he has gained a new kind of liberation in his approach to his art and has finally graduated from a process of learning and then unlearning.

Artistic talent in Dubai is being recognised by renowned artists across the globe. The work of Tammam Azzam, a resident artist at Dubai’s Ayyam Gallery, was recently included as part of Banksy’s temporary installation Dismaland, a postapocalyptic “bemusement” park that explored anarchism, refugeeism and several controversial topics. Azzam became a viral sensation when he superimposed Gustav Klimt’s The Kiss onto a Syrian war-torn building – a symbol of love that became a beacon within the devastation of war.

Art fairs and galleries are catalysts for artists and investors

With the support of Dubai Culture, art fairs are emerging across the United Arab Emirates. Art Dubai and its sister Design Days Dubai were born in 2007, followed by the SIKKA art fair in 2011. Art Dubai has asserted itself as one of the biggest players on the market by developing its identity as a cornerstone of the contemporary arts community. It is widely praised for its emphasis on maintaining an intimate, human scale while foregrounding quality and international diversity.

During the rest of the year, galleries are at the heart of Dubai’s art scene. Cuadro Fine Art Gallery is one of the most important galleries of the UAE and also has an artist residency program. The Third Line focuses on artists from the Middle East and promotes them internationally.

In 2013, the United Arab Emirates won the right to host the 2020 World Expo in Dubai – the first time the event will be staged in the Middle East. World Expos attract millions of visitors who explore and discover cultural exhibits and events staged by hundreds of participants.

Dubai’s World Expo will be influenced by the theme Connecting Minds, Creating the Future, which will echo the powerful spirit of partnership and co-operation that has driven the UAE’s pioneering success in sustainable development and innovation.

Expo 2020 is expected to attract 25 million visitors and inject more than $40 billion into the economy. It is hoped the 6 month event will serve as a springboard from which to continue the city’s cultural renaissance and encourage creatives looking for new challenges.